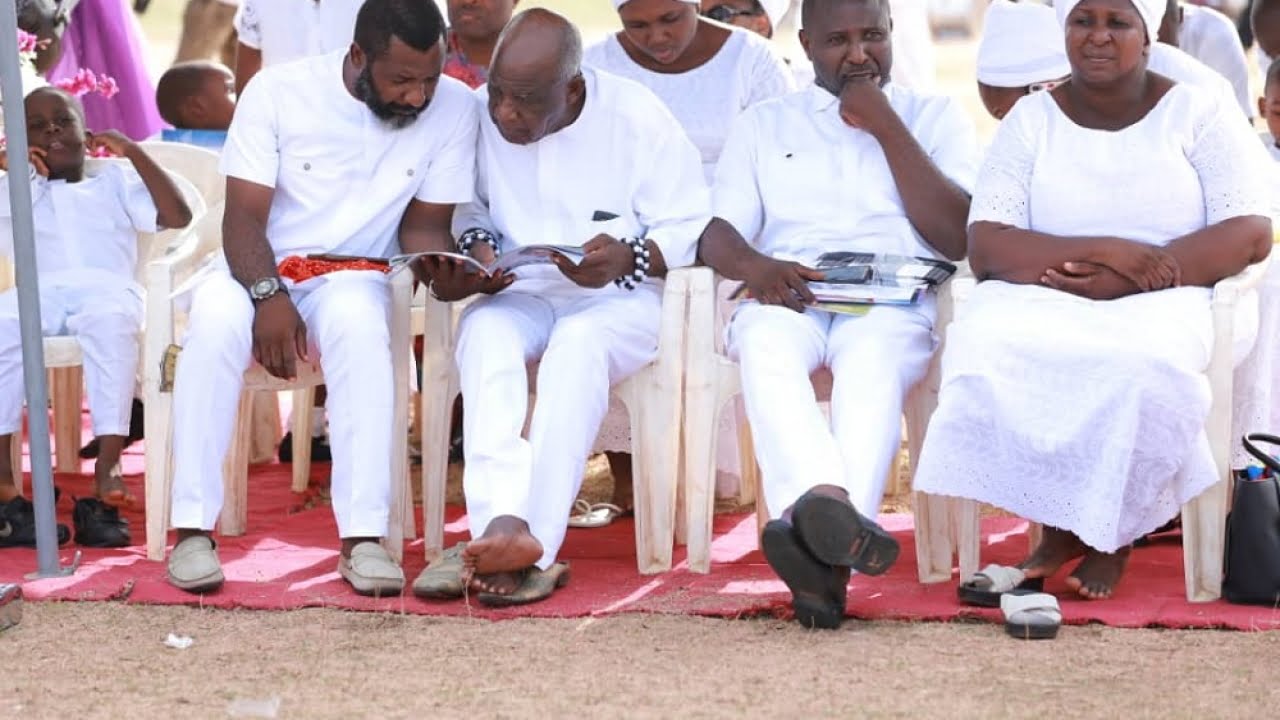 Benue State Governor, Samuel Ortom has sued for unity among the people of the state irrespective of their political affiliations for the state to successfully defeat its common enemy.

He made the appeal Saturday, April 16th, 2022 when he led other dignitaries to witness the burial of Mama Phoebe Mchianan Afatyo, wife of Tor Jemgbagh, His Royal Highness, David Afatyo Ajoko at Tse Ajoko, Mbakyongo in Tombo Mbalagh, Buruku Local Government Area.

The Governor who frowned at unnecessary bickering amongst the people of the state as a result of political differences said that Benue people have become an endangered specie due to the coordinated agenda of Fulani herdsmen attack on its communities.

He said it would only take the unity of the people to survive.

The governor asked the people of the state to shun bitterness and love one another, stressing that except the people come together and work as one, it will be difficult to defeat the common enemy.

Governor Ortom assured that the Community Volunteer Guards would soon be launched to assist conventional security in protecting the people against invasion, saying the law establishing the outfit has been strengthened to give the outfit more powers to bear legal weapons.

While calling on the people to ensure that they register and update their Permanent Voters Cards, PVCs, the Governor urged them, especially the politicians to play the game devoid of rancour and hatred.

Governor Ortom described the death of the wife of Tor Jemgbagh, His Royal Highness, Afaityo Ajoko as painful not only to him but everyone that came in contact with her and encouraged him to accept it as the will of God.

The Minister of Special Duties and Inter Governmental Affairs, Senator George Akume in his brief remarks stressed the need for the people to love one another and enjoined leaders at all levels not to relent in providing solutions to the problems confronting the state.

Senator representing Benue North West, Mr. Orker Jev and that of North East, Dr. Gabriel Suswam and the Tor Tiv, Professor James Ayatse, represented by Tor Jechira, Chief Clement Uganden all cautioned the youths against causing disharmony in the society because of politics.